Design and improve the Cogwhale to guide it through the dangerous ocean. However, the better it gets the more the Reef is perishing irreversibly by its toxic components and dangerous fuels... How can the ocean survive?

A real-time strategy game about resource management. Build rooms and try to finish upgrading your ship while fighting off enemies.

Finish building all the rooms!

Made for Ludum Dare

Hey there, here are my random thoughts about the game.

No tutorial. Nonetheless I didnt feel lost. It was easy to find out what I can do. I hate tutorials that tell me what to do, exploring on my own speed is a lot more enjoyable. It would be nice if the "first enemy after 20s" timer, would start once I build the first room. That way I can just explore for a while. Especially since the game loads for a while for me, I might load it in the BG and tab back into it to find my dead crew screaming for help or something like that.

I didnt realize that there is a UI in the bottom right giving me info about the rooms until I played the game a 4th time. (I failed often and miserably)

The story with the whale polluting the world and the jellyfishes fighting it was really cool. I like the artificial whale vs natural jellyfish. Thats some good contrast. And when I played it, I did understand some of this. The pollution becoming more the more you upgrade is a really good tool for the pacing of the game! I think it could be shown with some particle up the whales ... behind. It could reflect how much the whale pollutes and why there are more enemies coming and creates more contrast between the bright world and the whales darkness. Or is it all accumulating until the whale finally has a toilet?

The camera was my worst enemy. Zooming into something to upgrade was hard. Enemies would often come so zooming into a room will make me unable to shoot them. I feel like the camera movement itself wasnt bad but slow.
Allowing me to fastly see where I want to be would be nice. I personally just use cinemachine. I let it follow an object. The Object goes somewhere between the mouse and the center of the action (the whales center). Meaning I can fastly look anywhere with the mousemovement. Right clicking and zooming would be hard though. I guess you would have to repick the center as the room you clicked on. Even though I would prefer not being completly zoomed into one room. That way I can upgrade and shoot at the same time.

The camera gave me flashbacks to super mario 64. As in the game is really good. Getting the camera to show what I want feels bad. Still I want to play the game for the game made me engaged from the start and kept me planning, executing and strategizing with it's fast pace until I died. There are many things to do and they work well. The points I have to spend on upgrades or rooms all make sense. Never did I feel "why is this so cheap" or "why is this so expensive". It actually inspired me a lot to overwork the ressources in the game Im working on right now. Really amazing job on that! It made me come back to beat the game several times as a gamer. And as a Game Designer it gave me some food for my brain, it made me curious, interested and even more important inspired!

Never got attacked for finishing a game xD.  'Congrats you have destroyed the ocean' (Something along those lines)

I absolutely love the art ofcourse but the game mechanics itself is just amazing. Its a simple mechanic but yet so engaging , its really well balanced too. Im currently working on a resource management kinda game and I can see how you could easily over complicate things for yourself and the player!

Congrats on keeping it simple and fun!

Wonderfully polished game! It's tricky to balance games like this and you did a great job. Loved the message and the play on the theme. The art style was lovely along with the color palette. The only problem was at one point after zooming in, the game wouldn't let me zoom back out and I had to restart. Other than that, it was a blast. I played yours around 12:58. Good luck with future submissions!

Awesome entry with stylish graphics and music! I love your gameplay with RTS. The number of resources for each upgrade and room are designed well. It makes the difficulty suitable for me. I would suggest to polish the camera control because zoom in/out effects make it harder to navigate to other rooms efficiently. Great job! :)

Great Challenging game And Impressive for a Ludum Dare! The game could return from the game over to the beginning again without we have to refresh the game again and again. I've tested the PC downloaded version too and the ending doesn't pull, we have to see everything again and wait. 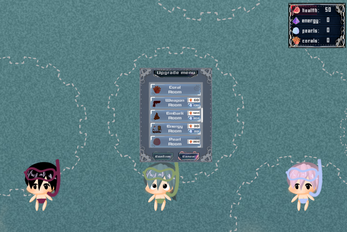 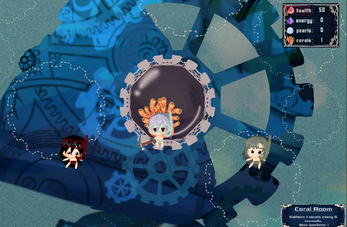